Disturbing rise of the G-spot jab: It’s the latest cosmetic treatment that promises to pep up your sex life. But, warn doctors, it could do exactly the opposite

from the Mail Online, By Leah Hardy 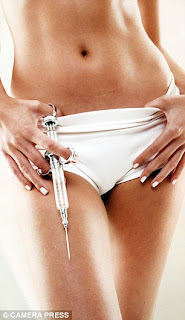 A nervous woman lies on a couch, stripped from the waist down. Standing before her is a white-coated doctor, brandishing a needle of hyaluronic acid.

It is about to be plunged into one of the most delicate areas of her body. The woman has already endured being probed by the doctor’s fingers, suffered the pain of an internal injection of local anesthetic and the discomfort of having a speculum inserted.She is also more than $800 poorer. Yet she’s still giddy with excitement because she’s read that this procedure, humiliating and painful as it is, will transform her humdrum sex life by plumping her ‘G-spot’ with a cosmetic filler. And that with her newly enlarged G-spot, an area of sensitive tissue on the front wall of her vagina, she is likely to have multiple orgasms.

A flurry of newspaper articles on the practice have surfaced in recent weeks, but doctors and researchers are casting doubt on the validity of the G-spot injection, pointing out that it is not supported by any medical evidence or serious studies. In fact, they also warn it could harm women – and actually have a damaging effect on women’s sexual responses.

Glancey Medical Associates in Essex, England has attracted a lot of attention for offering such injections. Owner Dr. Lucy Glancey introduced the injections three years ago.

Since then, she has performed 150 of these procedures. She first became aware of the procedure 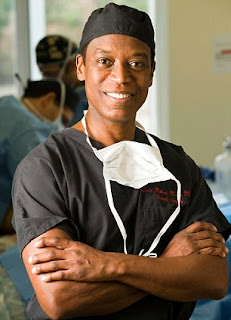 when she attended a medical conference where Dr David Matlock, a controversial cosmetic gynecologist, presented a lecture about his invention, ‘The G-shot’.

‘I was interested in it, so developed my own technique, which I tried on volunteers from my database of regular patients,’ says Dr Glancey.

‘That way I could be sure they were of sound mind, with no psychological issues. I evaluated the results and found a high rate of satisfaction.’

Dr Glancey says the procedure is ‘safe enough’ and that she takes an ‘ethical approach’ to her work.

But Dr Petra Boynton, senior lecturer in international healthcare research at University College London, describes the procedure as ‘unsubstantiated by any serious research’.

Consultant plastic surgeon Paul Banwell, a member of the British Association of Aesthetic Plastic Surgeons, who works in the NHS as well as privately, calls it ‘gimmick surgery’. He adds: ‘I don’t offer it, I don’t support it, and we just don’t know enough about possible side-effects, such as scarring and a reduction of libido over time.’

Part of the problem with G-spot enhancement or ‘amplification’, is that many dispute whether the  G-spot exists at all.

It was originally described as a spot in the internal tissue behind the bladder. In 2008, Italian researchers claimed eight out of 30 women had thicker tissue at the front of the vagina, which could be detected in ultrasound and seemed to be connected to arousal.

But research is limited and contradictory. Some suggest the  G-spot could be part of the sensitive nerves of the genital area, others that it is tissue similar to the prostate gland in men.

Dr Boynton says: ‘There’s evidence indicating some women appear to have a sensitive spot in this area, but you aren’t deficient if you don’t have it. It’s not vital for pleasure or orgasm.’

Dr Glancey, naturally, insists the  G-spot is a reality. ‘It’s not rocket science to find the specific tissues of the G-spot. Most women are aware of where the area is, I just confirm it. 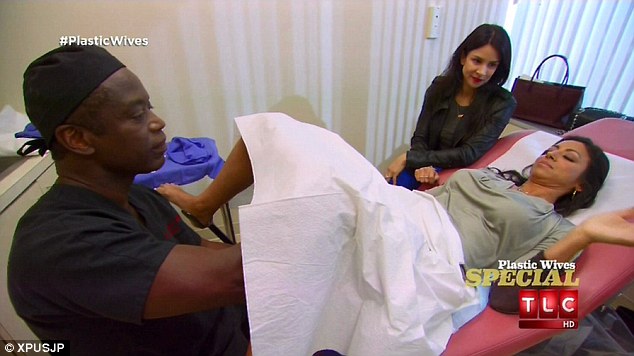 ‘Once I’ve found it, I inject a lot of hyaluronic acid (around three times the amount used to fill nose to mouth lines) to raise the area up, so it’s more easily felt. It’s hard to ensure all the filler goes underneath the G-spot, so some doctors put filler into the structure on purpose to hydrate and plump the area, just as you would with the mouth.’

However, other doctors simply don’t believe that injecting a filler made of hyaluronic acid can physically increase the size of the area, as Dr Glancey claims.

When lips are filled, it merely stretches the skin, but if the G-spot is a collection of sensitive nerve endings, you can’t make them bigger with filler, and if it’s glandular tissue, you can’t make that bigger by putting filler under it – though you could raise the area up so it can be felt more easily.

‘You cannot increase the size of the spot simply by putting filler into the flesh there,’ says Dr Banwell. ‘It’s a myth and it doesn’t even make sense. We also know that when you stretch flesh or skin it normally becomes less sensitive, even numb.’

He’s particularly worried that doctors who perform the injections advise patients to return every four to six months to repeat the procedure (Dr Glancey says 60 per cent of her patients have returned for at least one further treatment).

‘There are unknown dangers in injecting a synthetic material, albeit one that mimics something found in human bodies, into a very sensitive part of the female anatomy,’ warns Dr Banwell. ‘We don’t know what the long-term risks and complications may be.

‘If there are repeated injections into one small area, the effects may include scarring, alterations in libido and less sensitivity.

‘We know from injecting facial fillers that even the act of injecting an area can cause scarring under the surface, which produces lumps and bumps under the skin. I think this has the potential to be catastrophic.’

Sceptics also point to the controversial reputation of the doctor who invented the practice. The ‘G-shot’ is a trademarked term belonging to Dr David Matlock, a self-promoting Beverly Hills plastic surgeon who describes himself as ‘the pioneer of female genital plastic surgery’. He boasts: ‘Medicine is a business. And sex sells.’

Dr Matlock insists that enlarging the G-spot (for, in his case, a $1500 fee) will make it easier to find and more sensitive for up to four months, until the fillers dissolve. So popular has this procedure become that doctors fly to Dr Matlock’s institute on Sunset Boulevard in Los Angeles for a three-day training course that costs $55,000. 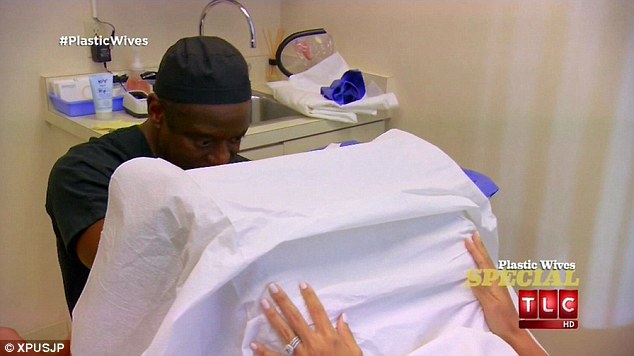 The American College Of Obstetricians And Gynecologists has issued a statement saying: ‘So-called “vaginal rejuvenation”, “designer vaginoplasty”, “re-virgination”, and “G-spot amplification” are not medically indicated, and the safety and effectiveness of these procedures have not been documented.

‘Women should be informed about the lack of data supporting the efficacy of these procedures and their potential complications, including infection, altered sensation, painful intercourse, adhesions and scarring.’

Yet despite this, some 200 doctors from around the world have so far forked out for the privilege of learning how to administer the G-shot.

Dr Matlock’s first British trainee and the first British doctor to offer the service was Professor Phanuel Dartey, a London-based gynecologist who opened his own centre in Harley Street, and introduced the G-shot to the British public in 2008. But there was a dark side to the seemingly respectable Professor Dartey.

While women told journalists how marvellous he was, his cosmetic gynaecology operations were quietly doing terrible harm to women.

In 2011, his license to practice medicine was taken away after ‘effectively amputating’ parts of one woman’s anatomy during a procedure involving lasers.

Robin Knill-Jones, who chaired the General Medical Council’s fitness-to-practise panel that made the decision to revoke his license, described it as a ‘truly shocking case,’ and added: ‘In the panel’s judgment there is a continuing risk to patients from the way Dr Dartey conducts his practice.’

Marie James, 42, an acupuncturist from East Anglia, who was treated at Glancey’s clinic, said at the time: ‘I wouldn’t say I orgasm every time I have sex now but it’s always great – and the idea that I can orgasm at all with sex is amazing.’

Surely that is evidence that it works?

Perhaps not. The truth is that any clinic will only pick success stories to talk to the Press, and when reporters tried to contact some of the women directly they were told they were unlikely to speak to them without being paid because they had been offered up to $1300 by magazines to say, in explicit terms, how their sex life had improved.

Jenny Davies (not her real name) had the G-shot jab some years ago and, at the time, claimed her sex life was transformed by it. Yet when we contacted her this week, she admitted the only reason she had it done was because she was helping a cosmetic surgery clinic to market its services – which might go some way to explaining her enthusiasm at the time. ‘I’d never have it done again,’ she says.

Dr Glancey says: ‘I warn all my patients it has a failure rate of around 18 per cent.’

So if we can’t trust these individuals’ verdicts, can we at least be sure the treatment works for most women?

After all, in a pilot study commissioned and often quoted by Dr Matlock, the G-shot was successful in ‘around  87 per cent of women’. However it has emerged that the study, which has never been published, was of a mere 20 patients, meaning that between 17 and 18 women claimed greater sexual satisfaction.

Professor Virginia Braun has been researching genital plastic surgery for more than a decade. She says: ‘The evidence around this is very sketchy. All we have is anecdotal reports.’

Dr Banwell says: ‘I suspect there is a large placebo effect, where women believe it will work, so it does work, but the difference is in their minds, not their bodies.’

Dr Boynton also believes many women feel embarrassed to admit the procedure was less life-changing than they’d hoped. ‘They have spent a lot of money on the procedure so they have a big financial and emotional investment in believing it will work,’ she says.

‘Also, if they don’t find it improves their sex life, but they hear success stories about wild sex with multiple orgasms, they are likely to feel inadequate and not want to say that, for them, it was rubbish.

‘Women are led to believe this procedure is going to be the magic button that will enable something great to happen to their sex life, without the embarrassment of having a conversation with their partner.

‘But talking, reading a self-help book or even seeing a sex therapist is far cheaper, probably more effective and less risky than having an invasive procedure. Part of the “success” of the G-spot injection is almost certainly the frisson of excitement of thinking about sex and what will happen later.

‘But a fun trip to buy some sexy underwear may well have the same effect, is a lot cheaper, and a lot less painful.

The G-shot is NOT available at Concannon Plastic Surgery.