It pays to check your surgeon’s credentials! 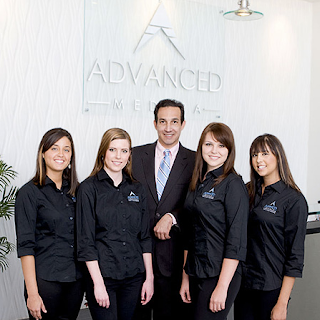 Dr. Gonzalez and staff; he is accused of permanently injuring

Patients say they were left deformed, even paralyzed at the hands of a Rocklin gynecologist turned cosmetic surgeon, an investigation has revealed. Dr. Efrain Diego Gonzalez started his Rocklin-based Advanced Medical Spa in 2007, where his low prices advertised online caught the attention of Northern California patients.

“It’s upsetting,” said Amy Rose, a 27-year-old single mother. Learning to write by hand all over again, Rose now lives with a paralyzed right hand. Now she struggles to tie shoes, pick up keys or even sign her own name, she said.

“That,” she said, after trying to sign her name on a blank notepad, “looks nothing like my signature.”

Rose said Gonzalez carelessly cut through two critical nerves during a breast augmentation — leaving part of her right hand completely numb and a noticeably different color than her left hand.

“You can’t feel anything right now?” asked investigative reporter Kurtis Ming, poking her hand with the end of a pen.

“No,” said Rose, telling CBS13 two neurologists have told her she may never regain full use of her fingers again.

“I don’t even really like to get undressed in front of my husband,” said Hope Moon, a wife and mother whose surgery left her with a mutilated belly button and a massive infection, she said.

More than a year later, she lives with a nasty scar hip to hip.

“It’s just deformed looking,” she said. “It wasn’t what i was expecting at all.”

And there are others.

“I think something is very, very wrong,” said attorney Michelle Jenni, who represents 12 patients of Gonzalez, including one that no longer has a belly button after a tummy tuck, Jenni said.

“This is her belly button, where it should be,” Jenni said, pointing to pictures.

Another woman lost her nipple after a breast augmentation. “It got infected and fell off,” Jenni said.

According to Jenni, none of these patients knew Gonzalez’ background is in gynecology.

While Gonzalez claims on his resume to have taken numerous medical courses in cosmetic surgery, he was never formally trained in plastic surgery during his residency, which he admits in a deposition.

“Is it true that during your residency you didn’t have any training in cosmetic surgery?” asks Jenni in the August 1 deposition.

“Had they known what his real training was, they wouldn’t have gone to him,” Jenni said.

Plastic surgeon Dr. Terry Zimmerman leads the Greater Sacramento Plastic Surgical Society and has seen patients after Gonzalez operated on them, he said.

“He’s giving us a black eye,” Zimmerman said. “[Patients] are under the illusion that he’s a highly trained, well-respected plastic surgeon, but nothing could be further from the truth.”

Before moving to California, Gonzalez practiced cosmetic surgery in Puerto Rico, but his medical license was taken away in 2006.

Court documents show Gonzalez had “been practicing the specialty of Plastic Surgery without being certified as a Plastic Surgeon” as required by a new law in Puerto Rico.

The decision also mentioned “a patient may have died” following one of his treatments.

It may be the law in Puerto Rico, but here in Missouri it’s perfectly legal for a doctor to treat patients outside the scope of his or her training.

A foot doctor can perform brain surgery in their office, a pediatrician can do a heart transplant, and a cardiothoracic surgeon can perform a tummy tuck or breast augmentation.

Zimmerman thinks the law should be changed, he said, and he’s concerned doctors like Gonzalez could end up killing someone.

“We’ve brought it to the attention of the Medical Board, and they are investigating this surgeon,” he said. “But it is taking quite a long time.”

The State of California filed a complaint against Gonzalez last year for “gross negligence,” and “incompetence” involving another patient’s breast rejuvenation, but that case is not scheduled to go before a judge until August 2013.

Despite other women saying they too have complained to the Medical Board of California, the agency tasked with protecting the public, it has allowed Gonzalez to continue treating patients.

“If the Medical Board, with all the other complaints that have come before me, would have done something and taken away his license and shut him down, I wouldn’t be in this situation,” Rose said.

“You think the State could have saved you?” Ming asked.

The Medical Board will not comment on open investigations.

In the deposition, however, he said he does more cosmetic surgery in the region than any other group, and he suggests this as the reason his competitors are critical of him.

“Since they know I’m a cosmetic surgeon, they’re going to say my work is bad because they don’t want me competing with them,” he said in a deposition tape obtained by CBS13.

But women thought Gonzalez would make them feel better about themselves.

“I’m just thankful I got out alive,” Moon said. “I feel like my body is really — that it’s ugly.”

Rose had to figure out how to be a mom to a 3-year old using just one hand.

“I want to be able to take care of my son without it being a struggle,” she said.

Some patients now fear a lifetime of struggles for the way they say Gonzalez left their bodies.

“I just want my hand back,” Rose said.

Tips for Researching a Your Potential Plastic Surgeon:

There are several ways in which consumers can investigate doctors before undergoing any procedure:
1. Check the status of your doctor’s license.
2. Search for records of your doctor’s history, including if he or she has ever been disciplined by the Medical Board.
3. Check with the American Board of Plastic Surgery to see if your doctor is really a board certified plastic surgeon.
4. Search for legal records in Missouri. This includes lawsuits or arrests when searching under “Civil” and “Criminal.”
5. Ask doctors about their training, including residency in the specialty they are practicing and how many procedures they’ve performed.
6. Questions to ask your surgeon (BEFORE they operate on you).