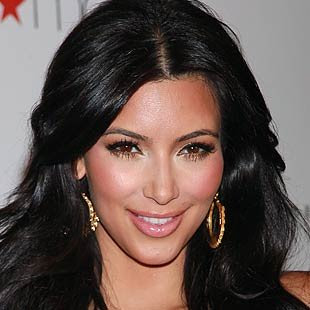 It’s a way for doctor and patient to be on the same page about the desired outcome. But when the patients veer further — seeking to become a near double for a celebrity, doctors say they need to draw the line, for ethical reasons and concerns about the patient’s mental health.

Last weekend, reality star Kim Kardashian urged one of her Twitter followers not to undergo plastic surgery to try to look like her.

In the mini-Twittervention, Kardashian told the fan that she should not to “change yourself for anybody but yourself.”

Last year, Demi Moore used the social media site to try to stop a terminally ill woman who planned to give herself a makeover to look like the actress.

“The quest to look like somebody else is never going to be healthy,” said Dr. Eva Ritvo, psychiatrist and associate professor at the University Of Miami Miller School Of Medicine in Florida. “Each person should be the best version of themselves, not be another version of somebody else. Each person has unique talents, abilities and appearance — you should maximize that instead of hunting down a desire to look like Angelina Jolie.” 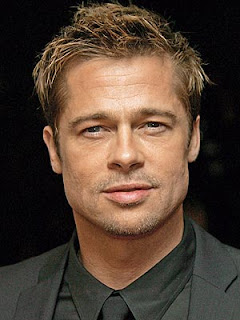 Trying to transform a person’s look to mimic a celebrity is a glaring sign that he or she suffers from low self-esteem or possibly even more complicated mental health problems such as borderline personality disorder or psychosis, Ritvo said.

The pursuit of beauty is healthy as long as it doesn’t morph into an unhealthy obsession such as anorexia, bulimia or body dysmorphic disorder, she said.

The quest to look like celebrities was documented in an MTV series, “I Want a Famous Face,” in which cameras followed young wannabe Doppelganger.

Although such drastic requests are uncommon, they do occur, several plastic surgeons said.  When they do, they should be turned down.

“It’s a red flag, This person has psychological problems and is not a good candidate for any kind of plastic surgery. Plastic surgery is meant to make you look like a better, younger version of yourself, not to look like somebody else.”

“It is unethical to take a person and perform an elective surgery that could be dangerous to make them look like a celebrity. It’s morally wrong to do that — especially when they are young and have low self-esteem — to take advantage and take their money to make them look different.”

On top of that, having surgery to mimic a celebrity is permanent, while trends and Hollywood’s man or woman of the moment fluctuates.

“When people come in and say, ‘I like Nicole Kidman’s nose’ and use it as a reference, that’s positive, and constructive,” Fleming said. “They’re not trying to be Nicole Kidman. They’re using a public example to describe a physical attribute they like.”

Not everyone can look like Pitt or Jolie, despite the technological advances in plastic surgery.

A person who has mental health issues with his or her body image will never feel satisfied, even after plastic surgery, said Ritvo, co-author of “The Beauty Prescription: The Complete Formula for Looking & Feeling Beautiful.”

The purpose of plastic surgery is to make people feel comfortable with who they are and copying a person’s appearance “runs counter to what aesthetic surgery stands for,” said Dr. Felmont Eaves, president of the American Society for Aesthetic Plastic Surgery.

“People might look for extreme changes and what they do may go outside patient safety doing too much, too many things,” he said. Surgeons should be cautious because their clients “may be requesting something psychologically and emotionally not healthy, but something that’s dangerous.”