If you want to guess someone’s age, look at her hands.

Exercise and the right clothes can make our bodies look more youthful. Makeup and anti-wrinkle cream can keep our faces young. But for the most part, our hands have had little to protect them from the ravages of time.

Until recently. There are now a number of treatments to give aging hands a youthful appearance. People are taking advantage of them, too, particularly those who have cosmetic work done on other

parts of their bodies.

“A lot of folks realize that the hands give them away, If they have a face-lift and they get all prettied up, all of a sudden, they’re looking at hands that don’t match.” It’s a dynamic that will only increase over time. It is not uncommon for patients who invest in a face-lift, then to suddenly notice their hands.

“I think it’s something we’re going to see more and more as the boomers age…They’re a little more attuned to this.”

For one woman, the wake-up call came in the voice of a child.
A few years ago, a 53-year-old woman was sitting on an airplane, chatting and laughing with the little girl next to her, when the girl looked down and asked, “Why do you have old-lady hands?.” The question did not completely take her by surprise. Fit, with blond hair and a self-described tendency to “act goofy,” she frequently found herself mistaken for someone younger. Then her hands, which she

described as being “skinny and wrinkled and veiny” would give her away.

Prompted by this little girl’s “tell-it-like-I-see-it” question, she decided to do something about her hands. She had a plastic surgeon injectJuvederm, a filler, to plump out her hands and give them a more
youthful appearance.

Interest in so-called “hand lifts” have increased in the past five years, with people staying in the work force longer. They may take pains to keep their faces youthful, but their hands stand out.

It is common to see women seeking treatment for their hands, presenting problems that range from thin skin, unsightly veins, and dark, telltale age spots.

All of the same unseemly things that happen elsewhere as we age also transpire in our hands. They can wrinkle, develop age spots and lose fat. Mix in sun damage — after all, how many of us remember to spread that sunscreen down to our digits? — and you have a recipe for “granny hands”.

That’s where plastic surgeons enter the picture. If your hands’ thinned appearance bothers you, you can rejuvenate them in various ways. A doctor can inject a filler such as Radiesse or Juvederm. This makes the veins less prominent, not unlike blowing up a balloon.

“You can kind of plump up the back of the hand. A lot of times you see the veins and tendons, and that makes the hand look a little older. A youthful hand is a little fuller and plumper. If you look at an older hand, you see a lot more veins.”

In the past five years, filler use has taken off. Fillers are used in many places, including earlobes that some people feel look too thin and wrinkly. Using filler on hands would probably cost about $900 for both hands, assuming each requires one filler. Typically, these fillers last six months to a year, and the more times you have this done, the longer each treatment seems to last.

Dr. Concannon prefers to use about an ounce of a person’s own grafted fat as a filler. Not only does this method last indefinitely, it also produces a better appearance, he said. However, it takes longer —
about 2 hours — and costs $4,500 to $5,000. Fat grafting has the advantage of either activating or transferring stem cells, and the overlying skin appearance is often improved in the months after the procedure.
For many people, it’s not just a matter of thin skin but also sun-damaged skin with freckles and sunspots. Lasers and other techniques can help with that.

“Probably the ultimate treatment would be to do both — one is providing volume and the other is treating the surface of the skin to make the texture better and to get rid of some of the pigmentation and uneven appearance to the skin.”

In fact, much of what you can do to improve your face, you can do to your hands. Microdermabrasion will stimulate the collagen, removing the top dead layer, and giving the skin a healthier appearance. Lasers will help erase brown sunspots and other discolorations.

Years ago, when Susan G. tanned, she never thought about what all those rays might do to her hands. As she hit her 40s, though, her hands started to display dark age spots. She hated them. She would often cross her arms or hold them down to hide what she considered her unsightly hands.

“It really bothered me to the point where I would cover up my hands a lot,” she related. “I was so self-conscious of my hands. My mom’s 86 and her hands look better than mine.”

After three treatments with a light laser, however, she loves the way her hands look. When her treatments ended about two months ago, she decided she was so pleased with the result that she would have laser work done on her face.

After all, she figures, her face should look as good as her hands.

Try these ideas for younger-looking hands:

Want to keep your hands looking young as you age?  Be sure to use sunscreen on them whenever you head outside. Short of discovering the Fountain of Youth, there’s not much else you can do, experts say.

So take that sunblock seriously and ideally start long before your hands — or any other part of you — begins to age. And if you want to give your hands an extra boost, you might consider using a retin-a product on the back of the hands to improve collagen and thickness. Facial products that contain vitamins C and E may also prove helpful for the hands.

But for the very best protection, remember that sunscreen. 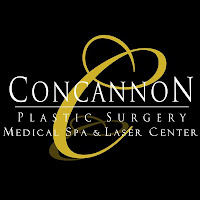 For more information about rejuvenating the appearance of your hands, call Concannon Plastic Surgery & Medical Spa at (573) 449-5000 to schedule your complimentary consultation or on the web at www.ConcannonPlasticSurgery.com.