If You're Considering Liposuction...

Liposuction is a procedure that can help sculpt the body by removing unwanted fat from specific areas, including the abdomen, hips, buttocks, thighs, knees, upper arms, chin, cheeks and neck. 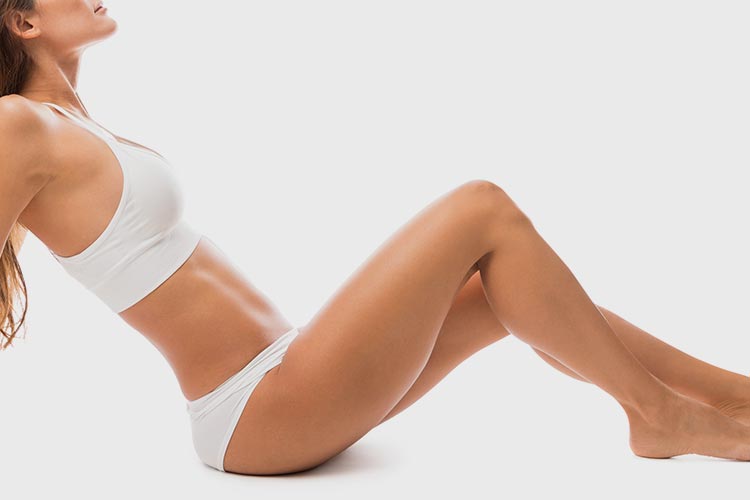 Although no type of liposuction is a substitute for dieting and exercise, liposuction can remove stubborn areas of fat that don’t respond to traditional weight-loss methods.

If you’re considering liposuction, this page will give you a basic understanding of the procedure – when it can help, how it is performed and how you might look and feel after surgery. It won’t answer all of your questions, since much depends on your individual circumstances. Please ask Dr. Concannon if there is anything about the procedure you don’t understand. 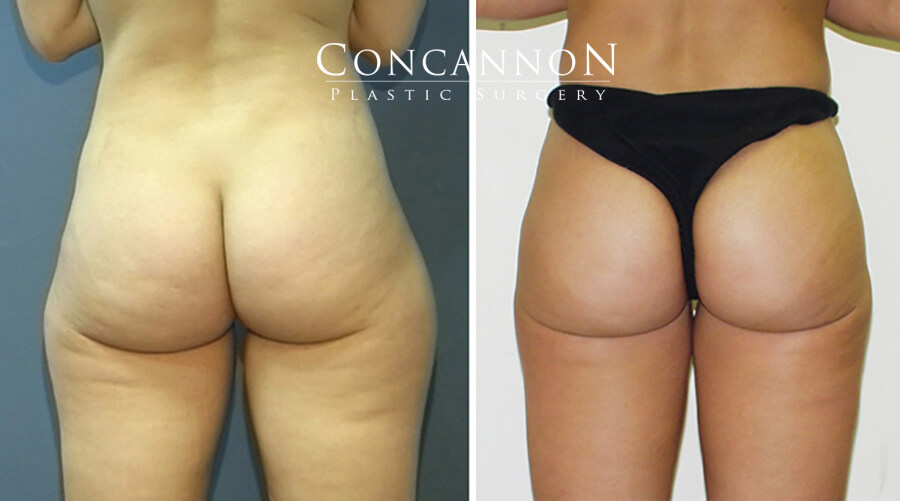 The best candidates for liposuction

To be a good candidate for liposuction, you must have realistic expectations about what the procedure can do for you. It’s important to understand that liposuction can enhance your appearance and self confidence, but it won’t necessarily change your looks to match your ideal or cause other people to treat you differently. Before you decide to have surgery, think carefully about your expectations and discuss them with Dr. Concannon.

The best candidates for liposuction are normal-weight people with firm, elastic skin who have pockets of excess fat in certain areas. You should be physically healthy, psychologically stable and realistic in your expectations. Your age is not a major consideration; however, older patients may have diminished skin elasticity and may not achieve the same results as a younger patient with tighter skin.

Liposuction carries greater risk for individuals with medical problems such as diabetes, significant heart or lung disease, poor blood circulation, or those who have recently had surgery near the area to be contoured.

In your initial consultation, Dr. Concannon will evaluate your health, determine where your fat deposits lie and assess the condition of your skin. He will explain the body-contouring methods that may be most appropriate for you. For example, if you believe you want liposuction in the abdominal area, you may learn that an abdominoplasty or “tummy tuck” may more effectively meet your goals.

Be open and clear in discussing your expectations with Dr. Concannon. He will be equally frank with you, describing the procedure in detail and explaining its risks and limitations.

Individuals considering liposuction often feel a bit overwhelmed by the number of options and techniques being promoted today. However, Dr. Concannon can help. In deciding which is the right treatment approach for you, he will consider effectiveness, safety, cost and appropriateness for your needs. This is called surgical judgment, a skill that is developed through surgical training and experience. Dr. Concannon also uses this judgement to prevent complications; to handle unexpected occurrences during surgery; and to treat complications when they occur.

Dr. Concannon’s education and training have helped to form his surgical judgement, so take the time to do some background checking. Patients are encouraged to consider a doctor certified by the American Board of Plastic Surgery (“ABPS”). By choosing a plastic surgeon who is certified by the ABPS, a patient can be assured that the doctor has graduated from an accredited medical school and completed at least five years of additional residency – usually three years of general surgery (or its equivalent) and two years of plastic surgery. To be certified by the ABPS, a doctor must also practice surgery for two years and pass comprehensive written and oral exams.

Preparing for your surgery

Dr. Concannon will give you specific instructions on how to prepare for surgery, including guidelines on eating and drinking, smoking, and taking or avoiding vitamins, iron tablets and certain medications. If you develop a cold or an infection of any kind, especially a skin infection, your surgery may have to be postponed.

Also, while you are making preparations, be sure to arrange for someone to drive you home after the procedure.

Where Your Surgery Will Be Performed

The surgery is usually performed in our fully accredited office surgical suite, using IV sedation and local anesthesia. This is where the vast majority of these are done.

Liposuction is usually performed under local/tumescent anesthesia, which numbs only the affected areas. This is usually used along with intravenous sedation to keep you more relaxed during the procedure.

The time required to perform liposuction may vary considerably, depending on the size of the area and the amount of fat being removed.

Liposuction is a procedure in which localized deposits of fat are removed to recontour one or more areas of the body. Through a tiny incision, a narrow tube or cannula is inserted and used to vacuum the fat layer that lies deep beneath the skin. The cannula is pushed then pulled through the fat layer, breaking up the fat cells and suctioning them out. The suction action is provided by a vacuum pump. If many sites are being treated, Dr. Concannon will then move on to the next area, working to keep the incisions as inconspicuous as possible. 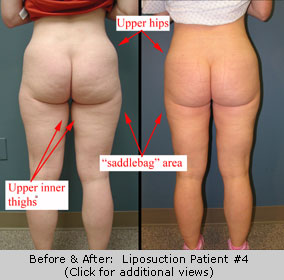 Fluid is lost along with the fat, and it’s crucial that this fluid be replaced during the procedure. For this reason, patients need to be carefully monitored and receive intravenous fluids during the surgery.

Fluid Injection, a technique in which a medicated solution is injected into fatty areas before the fat is removed, is standard. The fluid – a mixture of intravenous salt solution, lidocaine (a local anesthetic) and epinephrine (a drug that contracts blood vessels) – helps the fat be removed more easily, reduces blood loss and provides anesthesia during and after surgery. Fluid injection also helps to reduce the amount of bruising after surgery.

Large volumes of fluid – sometimes as much as three times the amount of fat to be removed – are injected in the tumescent technique. Because the injected fluid contains an adequate amount of anesthetic, additional anesthesia is usually not necessary. The name of this technique refers to the swollen and firm or “tumesced” state of the fatty tissues when they are filled with solution.

Ultrasound-Assisted Lipoplasty (UAL): This technique requires the use of a special cannula that produces ultrasonic energy. As it passes through the areas of fat, the energy explodes the walls of the fat cells, liquefying the fat. The fat is then removed with the traditional liposuction technique. UAL has been shown to improve the ease and effectiveness of liposuction in fibrous areas of the body, such as the upper back or the enlarged male breast. In general, UAL takes longer to perform than traditional liposuction, and is associated with slightly higher risks; Dr. Concannon rarely utilizes this technique. The heat from the ultrasound device used to liquefy the fat cells may cause injury to the skin or deeper tissues. Also, you should be aware that even though UAL has been performed successfully on several thousand people worldwide, the long-term effects of ultrasound energy on the body are not yet known.

All surgery carries some uncertainty and risk

Liposuction is normally safe, as long as patients are carefully selected, the operating facility is properly equipped and the physician is adequately trained.

As a minimum, your surgeon should have basic (core) accredited surgical training with special training in body contouring. Also, even though many body-contouring procedures are performed outside the hospital setting, be certain that your surgeon has been granted privileges to perform liposuction at an accredited hospital. Dr. Concannon has advanced surgical skills to perform procedures that involve the removal of a large amount of fat; ask him about his other patients who have had similar procedures, and what their results were.

However, it’s important to keep in mind that even though a well-trained surgeon and a state-of-the art facility can improve your chance of having a good result, there are no guarantees. Though they are rare, complications can and do occur. Risks increase if a greater number of areas are treated at the same time, or if the operative sites are larger in size. Removal of a large amount of fat and fluid may require longer operating times than may be required for smaller operations.

The scars from liposuction are small and strategically placed to be hidden from view. However, imperfections in the final appearance are not uncommon after lipoplasty. The skin surface may be irregular, asymmetric or even “baggy,” especially in the older patient. Numbness and pigmentation changes may occur. Sometimes, additional surgery may be recommended.

After surgery, you will likely experience some fluid drainage from the incisions. To control swelling and to help your skin better fit its new contours, you will be fitted (before the surgery) with a snug elastic garment to wear over the treated area for six to eight weeks.

Don’t expect to look or feel great right after surgery, you may experience some pain, burning, swelling, bleeding and temporary numbness. Pain can be controlled with medications; though you may still feel stiff and sore for a few days.

It is normal to feel a bit anxious or depressed in the days or weeks following surgery. However, this feeling will subside as you begin to look and feel better.

Getting back to normal

Healing is a gradual process. It is okay to start walking around as soon as possible to reduce swelling and to help prevent blood clots from forming in your legs. You will begin to feel better after a day or two, you should be back at work within a few days following your surgery.

Activity that is more strenuous should be avoided for about a month as your body continues to heal. Although most of the bruising and swelling usually disappears within three weeks, some swelling may remain for six months or more.

Dr. Concannon will schedule follow-up visits to monitor your progress.

If you have any unusual symptoms between visits – for example, heavy bleeding or a sudden increase in pain – or any questions about what you can and can’t do, call Dr. Concannon.

You will see a noticeable difference in the shape of your body quite soon after surgery. However, improvement will become even more apparent after about four to six weeks, when most of the swelling has subsided. After about three months, any persistent mild swelling usually disappears and the final contour will be visible.

If your expectations are realistic, you will probably be very pleased with the results of your surgery. You may find that you are more comfortable in a wide variety of clothes and more at ease with your body. And, by eating a healthy diet and getting regular exercise, you can help to maintain your new shape.