Breast reconstruction is a process. It is not accomplished in a single operation or procedure. Typically the process takes approximately 12 months to complete. During this time the patient and I get to know each other very well — being allowed to participate in this process is perhaps the most gratifying aspect of my entire practice. 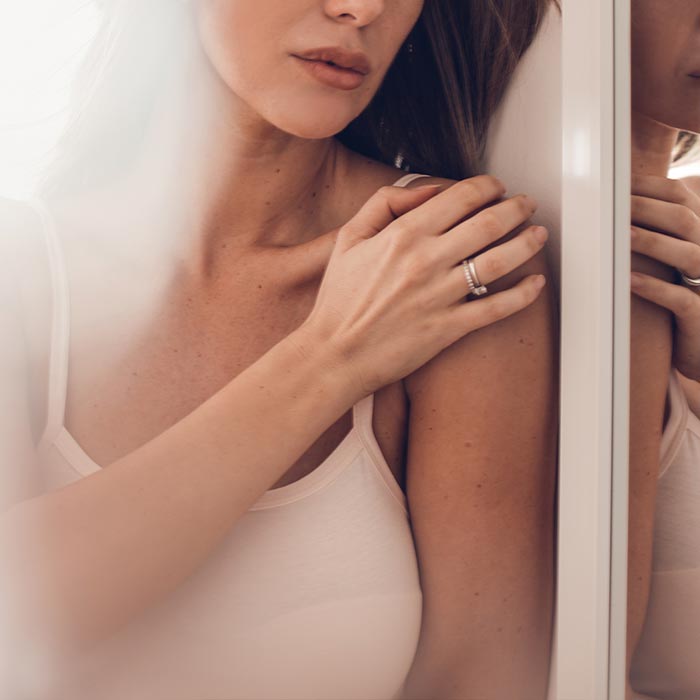 This website will lead you through the main choices that are available to women considering breast reconstruction, and it includes some of my preferences on how to proceed. Keep in mind that different surgeons may have different approaches. It is important for you to feel comfortable with the proposed surgical plan, and comfortable with the surgeon (you will be spending a great deal of time together!) Don’t worry about hurting a physician’s feelings by seeking out a second or even a third opinion to discuss available breast reconstruction options, and to make sure that you have made the right choices for YOU.

The first patient interview is typically arranged as a referral by one of my general surgery colleagues who has made the diagnosis of breast cancer. I usually start this interview by making the following 2 points:

If you would like to plan for breast reconstruction, you will need to decide among the surgical options that are available to you. By clicking on the “Continue” button below, you will be led through a step-by-step explanation of these various options. Remember that I will be happy to discuss with you any of the options in greater detail, if you do not find what you need on this web site.

There have been many studies that have demonstrated the very positive impact that immediate reconstruction has on women: particularly in terms of psychological benefit. It is an area where the woman can act pro-actively in this process, rather than simply reacting to the latest test results and X-ray findings. Another advantage of proceeding with immediate reconstruction is that it can combine two surgical procedures into one, which can be much more convenient for the patient. Despite the advantages, there are still occasions in which I advise that we should wait and perform a delayed reconstruction.

If the woman is actively smoking, I usually do not perform immediate reconstruction. Smokers have poorer blood supply to the skin and soft tissue, and have a markedly increased risk of skin loss after immediate reconstruction. In this situation I prefer to wait until they are completely healed from the mastectomy, and hopefully have been successful at smoking cessation. It is much safer to proceed with reconstruction later in this particular group. Of course, the danger of peri-operative complications will vary depending on which reconstruction technique is used (different techniques will be more or less sensitive to complications involving smoking).

If there is a suspicion that post-operative radiation will be needed, I prefer to defer breast reconstruction until that is completed. Radiation therapy is very effective in destroying cancer cells, but it is non-discriminatory: it damages the other (normal) tissues as well. This can lead to changes in the breast skin and subcutaneous tissue that can make the skin hard, and lose its elasticity. This can significantly impact the result of the reconstruction, making some techniques (such as tissue expansion) nearly impossible to accomplish. If indeed it turns out that radiation is required, the damaged skin and tissue can be excised at a later date after radiation is completed, and then the breast reconstructed with a flap of some kind.

Q: Why won’t the doctors know before the mastectomy if radiation will be required or not?

A: The physicians often do have a good idea preoperatively that radiation therapy might be necessary; but cannot be completely sure until after the tissue is examined by a pathologist. The pathologist is the physician who examines the tumor and breast under the microscope. For example, if there is evidence of spread of the cancer to the lymph nodes, or if it appears that the tumor extended down to the muscle under the breast, it may be an indication for radiation therapy. This information will not be available for about a week after surgery.

Q: What if I am going to get chemotherapy, will that impact whether I can have breast reconstruction?

Q: My (friend, neighbor, doctor) told me that I shouldn’t have breast reconstruction for at least 5 years after my mastectomy…is that true?

A: Definitely not. This was a common feeling among general surgeons when breast reconstruction was in its infancy. Since that time, it has been shown that breast reconstruction (done either immediately, or delayed) has absolutely no effect on the breast cancer treatment effectiveness, and does not interfere with delivery of oncologic care or surveillance for recurrence. Keep in mind that every case is slightly different, and you may indeed have a legitimate medical reason to delay your breast reconstruction rather than proceeding with immediate reconstruction. (For example, as discussed above, you may require post-operative radiation therapy). However, it is incorrect to apply a general rule to ALL women that everyone should wait for several years prior to embarking on reconstruction.

Tissue expander & breast implant placement is currently the most commonly used method for breast reconstruction. There are several reasons for its popularity. This method does not have a very long operative time, adding perhaps an hour to the time of the mastectomy procedure when done as an immediate reconstruction. The autologous tissue techniques listed below can add anywhere from 3 to 12 hours to the total operative time, depending on the flap chosen and the surgeon’s level of comfort with each procedure. With tissue expansion, there is no sacrifice of any donor tissue or muscle, avoiding additional scars or weakness at otherwise normal parts of the body. Using breast implants, a very normal appearing breast can usually be achieved.

Finally, the placement of tissue expanders does not eliminate the possibility of flap reconstruction “down the road”: if the patient changes her mind, the implant can be removed and the breast volume replaced with a flap. This has the advantage of utilizing the expanded breast skin, rather than using skin from the flap for the surface of the breast (which is often a different skin tone, depending on the donor area).

When autologous tissue is used to reconstruct the breast mound, it is used as a “flap”. A flap is defined as a section of tissue that has its own blood supply. This is important to understand, because it is this concept that in some cases makes the flap reconstruction preferred over tissue expansion.

Typically flap reconstruction is required if the patient has been irradiated; this is perhaps the most common indication for flap reconstruction. The reason flaps are necessary after irradiation is that the radiation treatment (while very effective against cancer cells) is somewhat indiscriminate: it also damages the surrounding tissue. This damage affects the skin, and dramatically reduces the skin’s ability to heal or stretch to accommodate a breast implant. By bringing in a flap of tissue with non-radiated skin and fatty tissue, a much more normal breast mound can be reconstructed, with a dramatically reduced incidence of complications.

When we take a large section of tissue, often including muscle, we must take into consideration the donor defect: what problems have we just created by taking this completely normal tissue to be used for breast reconstruction? The search for the perfect (or, the least disabling) donor site has led to the development of different flaps for breast reconstruction:

As depicted in the illustration above right, the latissimus is the large muscle on the upper back. This flap uses that muscle and a portion of the overlying skin and fatty tissue.

This flap takes one or both of the rectus abdominis muscles along with a large section of overlying skin and fatty tissue from the lower abdomen to recreate the breast mound. There are several variations on this basic flap concept, including the pedicled TRAM; the free TRAM; and finally the DIEP (Deep Inferior Epigastric Perforator).

Now that you have read some preliminary information about each type of reconstruction method – implant and flap – you may continue by selecting the method that is of most interest to you right now.